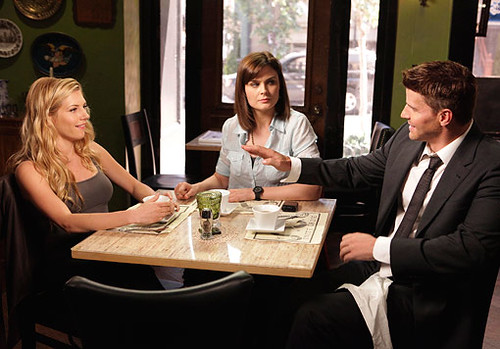 “We are not playing a jealous triangle,” insists executive producer Stephen Nathan. “I can tell you that categorically. This isn’t high school. It won’t be two women fighting over the same man. There’s no outward tension.”

Regardless, Winnick—whose war-correspondent character met Booth during his tour of duty in Afghanistan—was warned to brace for a backlash when she debuts in the Sept. 23 premiere. “We told her, ‘You’re going to be resoundingly hated [at first],’” says Nathan, “‘but then you’ll be loved.’”

Thoughts? Are you already hating on Winnick? Or are you taking a wait-and-see approach? Sound off below!